It involves a bug collector, a grumpy Englishman, and the world’s worst bus route

They’re towering figures in world history...and, despite their many differences, there was one idea on which they all agreed.

And, in retrospect, it seems mildly psychotic.

Oh, also, the idea came from a bug collector and the great-great grandfather of the dude from Coldplay.

The 20th century may have been the most audacious era in human history. For the first time ever, our species took to the sky...and then to space. We created weapons with the power to destroy our very world. We created technology that put the entirety of human knowledge at our fingertips.

Also—and this one’s a little weirder—we decided we could outsmart time.

It was in the 20th century that we started changing our clocks twice a year, adopting what we now know as Daylight Saving Time. Which, understandably enough, confused the hell out of people.

In fact, one of the objections when the proposal was first hatched was that “calling the hours different would not make any difference in the time”i(which is pretty hard to argue with).

So where did this idea come from? And why are we still doing it?

Benjamin Franklin is often credited with the idea for Daylight Savings. But it’s not really true. While living in France, Franklin merely wrote a satirical essay suggesting that it would make more sense for the locals to get up earlier and do more during daylight hours.ii In fact, the article was mainly an excuse for him to accuse the French of not getting out of bed before noon.

In reality, the person who got the ball rolling was a late 19th century New Zealand postal worker named George Hudson —who wanted more daylight hours for his after-work hobby...of bug collecting.iii

A few years later, the idea was taken up by William Willett, an English homebuilder who was disappointed in his countryman for not getting up earlier. Willett, by the way, was the great-great grandfather of Coldplay’s Chris Martin, setting up an enduring scholarly debate about which was his greater crime against humanity.

While some members of the British Parliament, including Churchill, supported the idea of Daylight Savings, nothing came of it until World War I—when the Kaiser’s Germany implemented it as a wartime measure to conserve energy. Shortly thereafter, the United States adopted it too...and then got rid of it as soon as the war was over.

Then we brought it back during World War II...and got rid of it as soon as the war was over.

The reason it eventually became permanent? Because when it went away at the national level, state and local governments were free to decide the time for themselves. The result? Chaos. In the mid-1960s, one bus route traveling the 35 miles between Steubenville, Ohio and Moundsville, West Virginia—went through seven different time zones. iv To stem the confusion, in 1966, Lyndon Johnson signed the bill making Daylight Savings national and we never looked back.v

Or at least we were never supposed to look back.

Hawaii and Arizona opted out of changing their clocks, keeping the same time all year round.vi And now 19 other states have petitioned the federal government to do the same.vii

One reason: As we all rediscover twice a year, THE HUMAN BODY IS NOT DESIGNED TO RESET ITS INTERNAL CLOCK!

Our health is deeply tied to our circadian rhythms, the cues our body takes from time. And fiddling with that system is asking for trouble.

Heart attacks spike by around 25% when the clocks spring forward.viii There are more fatal car accidents.ix And if you find yourself in the ER—you should know that health care workers tend to make more errors after the time change too.x

Virtually any health problem is made worse by poor sleep , which is why, in 2020, the American Academy of Sleep Medicine officially called for the country to have one year-round standard for time.xi

The rationale that Daylight Saving Time conserves energy doesn’t hold up to scrutiny either. Research from the U.S. Department of Energy found that electricity use barely declines at all with longer daylight hours.xii Some studies even suggest that the decrease in people using lights is more than offset by the increase in people using air conditioning or heating.xiii

But while there are a lot of reasons to object to changing the clocks twice a year, it’s worth remembering that Daylight Saving Time is intended to address a real problem. The amount of sunlight varies dramatically throughout the year, especially as you get farther away from the equator. In northern cities like Seattle and Minneapolis, the shortest winter days can have around seven fewer hours of daylight than the longest summer ones. Alaska basically turns into “The Purge” for a few months.

So, is there a way to deal with this problem without the headache of changing the clocks? Actually, it’s pretty simple. Just allow businesses, schools, and other institutions to adopt seasonal hours. In fact, that was exactly what was happening in Britain before they made compulsory time changes the law.xiv

Americans are flexible, creative people. We’ve learned how to live with blistering heat and bitter cold. We’ve made deserts bloom and dammed mighty rivers. Surely we can find a more efficient way to deal with a little less daylight.

Having one year-round standard would be easier for society, better for our health, and, most importantly...would really stick it to Coldplay. 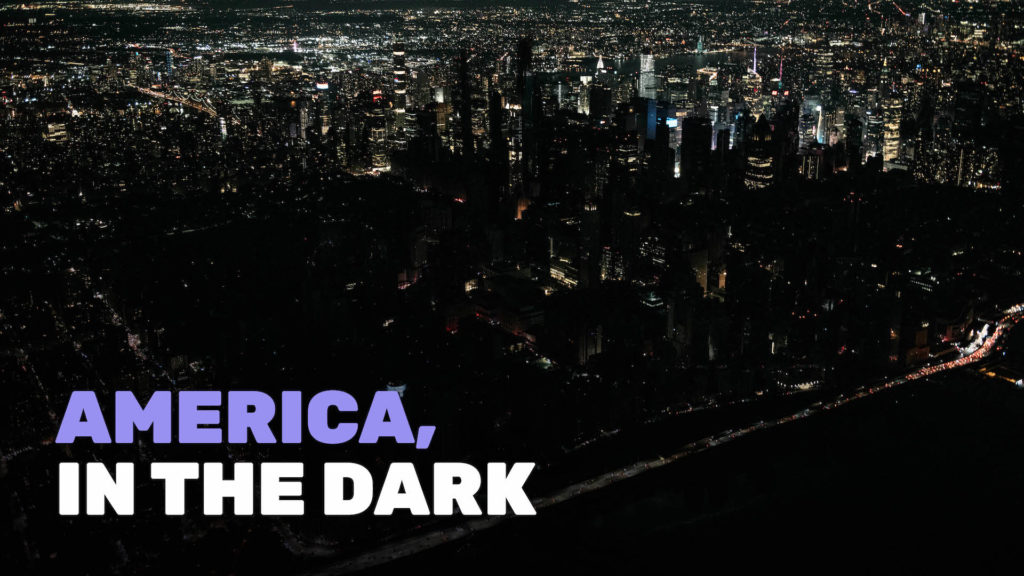 A country powered purely by wind and solar … will be a country that can’t keep the lights on.
Watch Now... 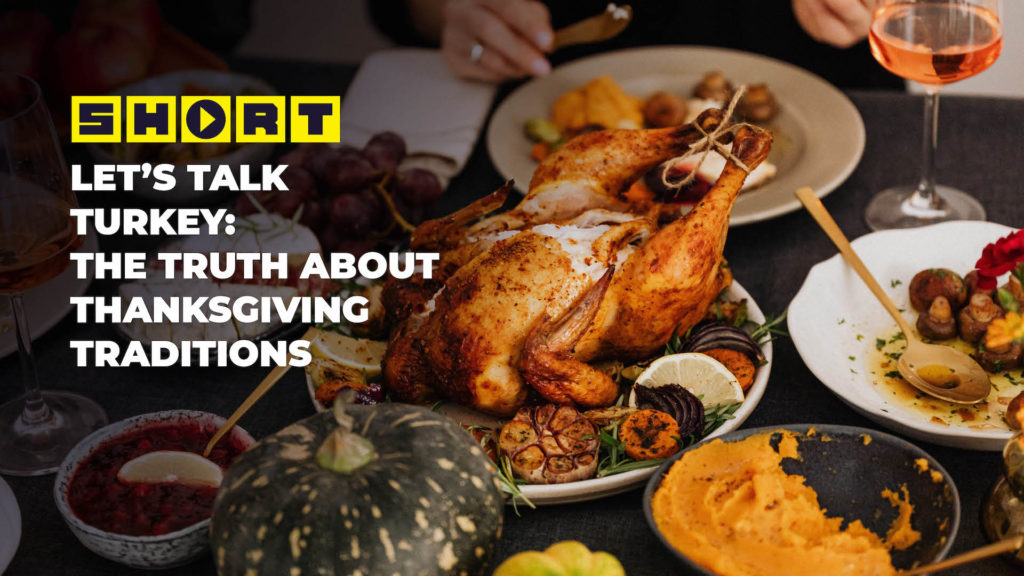 The Weird History Behind the Holiday

Much of what you think you know about Thanksgiving may not be true.
Watch Now...

Benjamin Franklin is often credited with the idea for Daylight Savings.

This was far from the only time Franklin got credit (or blame) for something he didn’t do. Along with the likes of Abraham Lincoln, Albert Einstein, and Mark Twain, Franklin is one of the historical figures to whom quotes are most frequently misattributed. The problem is so widespread that the Franklin Institute even maintains a webpage of famous quotes that are widely—and incorrectly—believed to have come from the Founding Father.

Hudson was more than just a casual hobbyist. His insect collection remains housed in the Museum of New Zealand to this day, considered “perhaps the best private collection” in the country’s history.

the United States adopted it too...and then got rid of it as soon as the war was over.

One aspect of the World War I time change did endure: the decision to change the clocks at 2:00 a.m. rather than midnight. The reason for that practice? At the time, 2:00 a.m. was the hour when the fewest trains were running—and lawmakers feared that conductors confused by the time change might otherwise crash into each other.

got rid of it as soon as the war was over.

One reason it kept going away so quickly? Contrary to popular belief, farmers hated the practice of daylight savings and actively called for its repeal. So did some religious individuals. One famous 1919 letter to Scientific American objected to the practice on the grounds that “God knows more about time than President Wilson does.”

In the mid-1960s, one bus route traveling the 35 miles between Steubenville, Ohio and Moundsville, West Virginia—went through seven different time zones.

Believe it or not, some of these regional variations persisted until quite recently. Up until 2006, the state of Indiana—already divided between Eastern and Central time zones—compounded the confusion by having the decision as to whether to observe Daylight Saving Time set at the county level.

Virtually any health problem is made worse by poor sleep

In northern cities like Seattle and Minneapolis, the shortest winter days can have around seven fewer hours of daylight than the longest summer ones.

The places in America where this is less of an issue? In Miami, the shortest day of the year gets only about three fewer hours of daylight than the longest one. In Honolulu, the difference is only about 2.5 hours.